PETRONAS, Malaysia’s national oil corporation, has been awarded four Production Sharing Contracts (PSCs) for Blocks M-15, M-16, M-17 and M-18 offshore Myanmar by the government of the Union of Myanmar.

Under the PSCs, PETRONAS Carigali Myanmar II Inc., a wholly-owned subsidiary of PETRONAS Carigali Sdn Bhd – the exploration and production arm of PETRONAS, will hold a 100 per cent equity in the four blocks and will be the operator for the blocks. In the event of commercial discovery, the Myanma Oil and Gas Enterprise (MOGE) will have the option to participate with an equity of up to 20 per cent during the development and production phases of the blocks.

Blocks M-15, M-16, M-17 and M-18 are located in the Tanintharyi area offshore southern Myanmar. The blocks range in sizes from 13,500 square kilometres to 14,200 square kilometres. The northernmost Block M-15 is contiguous to Block M-14, which contains the producing Yetagun gas field, part of the Yetagun Gas Project in which PETRONAS is already involved.

PETRONAS’ involvement in the Yetagun Gas Project commenced when it acquired a 30 per cent interest in the project in 1997 from Texaco Inc. The project consists of a production area within offshore Blocks M-12, M-13 and M-14 located in the Gulf of Martaban. PETRONAS’ partners in this project are Petroleum Authority of Thailand E & P International (14.17 per cent), Nippon Oil (14.17 per cent) MOGE (15 per cent) and Premier Petroleum Myanmar Ltd (27.67 per cent). Premier Petroleum, which operates the project, is a wholly owned subsidiary of Premier Oil Ltd which is an associate company of PETRONAS. First gas from Yetagun was delivered in May 2000 to Petroleum Authority of Thailand via a cross-border pipeline built as part of the project. The Yetagun field is currently producing 200 million standard cubic feet of gas per day.

The award of the four blocks today reflects PETRONAS’ commitment to continue enhancing its presence in Myanmar and building strategic partnerships in that country and with its oil and gas fraternity.

Aug 19, 2002OffshoreMan
PETRONAS SIGNS MEMORANDUM OF UNDERSTANDING WITH PERTAMINA FOR NEW GAS SUPPLY FROM INDONESIAPICL EXCHANGES ITS 25% SHAREHOLDING IN PREMIER OIL FOR ASSETS 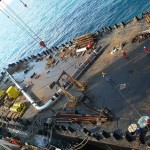 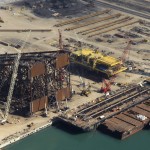 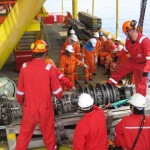