The above video give a very good technical description about CBM (Coal Bed Meth,ane) Drilling.  But my question is; what is the relation of Aceton to the Coal Bed Methane Drilling operations.  The CBM issue have been highly debated for the past decade.  If human is able to exploit it onshore & it will come to Offshore in near future.  With the current scarce of fuel energy;  my prediction will be, CBM Drilling will goes offshore (or its already executed somewhere?).  Appreciate if anyone can share their experience anything about CBM… 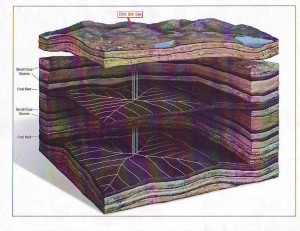 The Video is about An in depth look at surging the well.

If you have problem viewing the video, here is the alternative links :

Jul 30, 2008OffshoreMan
iLINTAS - Petronas Integrated Licensing Information and Tendering Administration SystemOil Careers - These 3 Fatal Mistakes in Your Resume Could Derail Your Career in the Oil Industry