The Rehmat Gas Plant is part of the Rehmat Gas Development Project in the Mubarak Block 2769-4, has been undertaken by PETRONAS through its subsidiary PETRONAS Carigali (Pakistan) Ltd (45%), Eni Pakistan (30%) and Government Holdings (25%). PCPL operates the plant.

The Project is located within the Mubarak Block 2769-4, which had been awarded to the partners (operator PCPL 57%; Eni Pakistan 38% and Government Holdings 5%) through a Petroleum Concession Agreement (PCA) in April 1999. The Project comprises the exploration and production of Rehmat Field as well the development of the gas processing plant which includes the engineering, procurement, construction, commissioning and start up of the facility.

The Rehmat Development Project was successfully completed within less than 12 months and just under four years after the discovery of the Rehmat Field in 2001. The Field is being developed for a total production of 70 mmscfd of gas and 80 barrels per day (bpd) of associated condensates.

The construction of the Rehmat Gas Plant started on 7 May 2004. On 26 March 2005, the plant started supplying processed gas from the Rehmat to Sui Northern Gas Pipeline Ltd. The condensates are supplied to the National Refinery Ltd in Karachi.

The Project is one of the major international milestones for PETRONAS and marks the successful partnership the company has forged with its co-ventures Eni Pakistan and Government Holdings.

Apart from the Mubarak Block, PCPL has also been awarded a PCA for the Mehar Block in the Sindh/Balochistan Provinces, where PCPL as the operator has 75%, OPI 15%, Zaver 5% and Government Holdings 5%. Exploration works are ongoing and two exploratory wells will be drilled in Mehar Block this year.

In supporting the larger PETRONAS’ corporate social investment programme, PCPL has also embarked on well-planned community development initiatives in the surrounding areas of Ghotki. This includes an Education Project involving adoption of government primary schools. Provision of basic infrastructure and amenities, qualified and trained teachers, classroom teaching-aids, textbooks and stationery, furniture, drinking water and other needs are part of this Education programme.

The company has also established a health dispensary that operates round the clock and caters to the medical services needs of about 5,000 people living in Sardargarh and the surrounding villages. PCPL has also provided a safe drinking water supply to the community.

Above all, the involvement of manpower from the local communities was no less significant in contributing to the successful completion of the Project. A local consortium undertook the construction of the Plant with almost 98 per cent of the manpower being the Pakistanis including those in the Ghotki district. The Pakistani nationals also constitute 96 per cent of the total staff strength of the Plant. 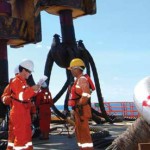