The mystery of Eugene Island 330 and self-renewing oil supplies

Look what i found on the Net about Self Renewing Oil Supplies Field. Quite an interesting articles and please share your thought. 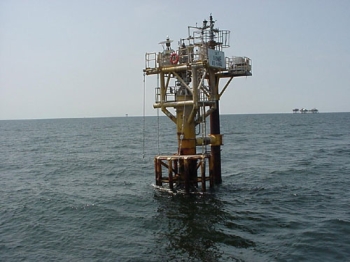 But then for no logical reason whatsoever, production spiked back up to 13,000 barrels a day.

What the researchers found when they analyzed the oil field with time lapse 3-D seismic imaging is that there was an unexplained deep fault in the bottom corner of the computer scan, which showed oil gushing in from a previously unknown deep source and migrating up through the rock to replenish the existing supply.

Furthermore, the analysis of the oil now being produced at Eugene Island shows that its age is geologically different from the oil produced there after the refinery first opened. Suggesting strongly that it is now emerging from a different, unexplained source.

Both the scientists and geologists from the big oil companies have seen the evidence and admitted that the Eugene Island oil field is refilling itself.

This completely contradicts peak oil theory and with technology improving at an accelerating pace it seems obvious that there are more Eugene Islands out there waiting to be discovered. So the scientific community needs to embrace these possibilities and lobby for funding into finding more of these deep source replenishing oilfields.

The existence of self-renewing oil fields shatters the peak oil myth. If oil is a naturally replenishing inorganic substance then how can it possibly run out?